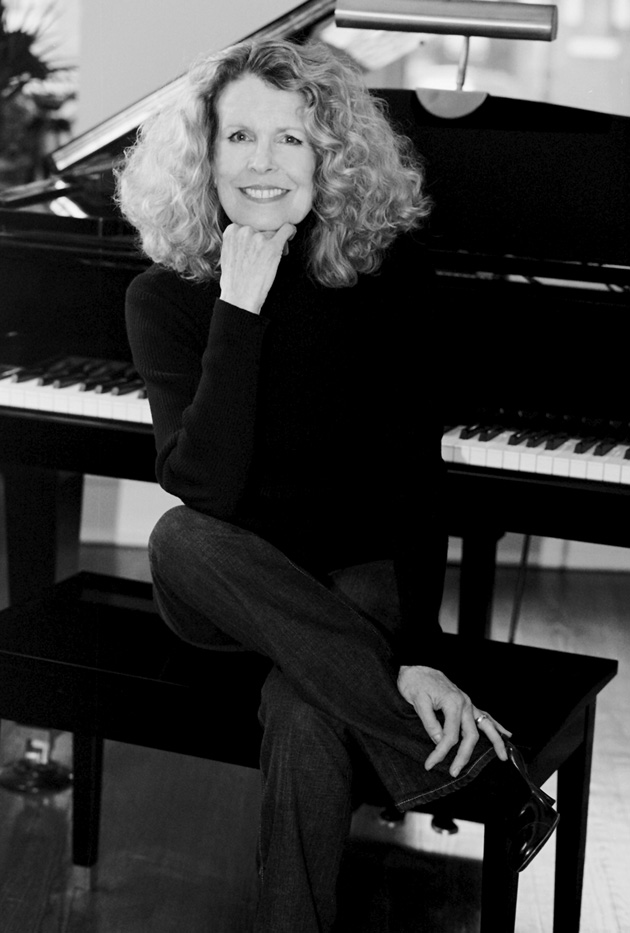 "I've been singing for as long as I can remember."

I've been singing for as long as I can remember. Growing up in Los Angeles, I was raised being brought to the set of the "Bob Crosby Show" where my mom was a regular. As a child I was often surrounded by some of the best musicians of our time. I was tremendously influenced by the jazz vocalists and musicians of the 40s and 50s, and to this day, their music plays in my heart. I started performing when I was quite young–on national television when I was 11–then throughout my high school years and college.

After college, where I majored in Speech & Drama, I settled in Chicago where I worked in recording studios doing work in television commercials, voice-overs, radio spots, and performing in live musical industrials, and cabarets. It is after I took a very long break from work, to raise my children, that I started writing songs.

I had returned to singing, was recording an album and found that, though I loved the standards that I had been exposed to all of my life, I wasn't able to fully express myself singing them. I started out slowly, including only one of my own songs on that first CD. I've tried to learn as much as I can, and have recorded exclusively my own songs since. It's been very cathartic for me, as well as a little frightening in that I'm exposing my personal feelings for all to hear, I do, however, feel blessed to be sharing my journey with you.

Need access to big band charts and lead sheets? Get original charts and arrangements by top writers for less than $20!